Growth in agriculture, a shining star

The current growth in agriculture and the projected establishment of numerous investments will result in export volumes increasing sharply over the next ten years. At present, the main agricultural exports consist of citrus, wine and table grapes, as well as maize, with a total value of around US$10 billion. The grain industry is one of the largest in the agricultural sector, contributing over 30% to the gross value of agricultural production.

The downstream supply chain of the grain and oilseeds industry is the poultry sector, which is the largest agricultural sector in South Africa. This sector also shows some promising growth. Curbing poultry dumping and increasing exports is part of the Agriculture Master Plan. It is suggested that should this be achieved, it would lead to growth of between 10 and 20%.

For the growth in agriculture and exports to be realised, logistics would need to be improved sub­stantially. The lack of capacity for railing grains and oilseeds, which could provide a cost-effective solution if operated efficiently, increases logistic costs and efficiency. The lack of sufficient guarding and upgrading of this asset forces grains onto road transport.

In addition, fuel costs are rising rapidly, which will increase the cost of road transport. One of the major challenges the soya bean industry faces is the cost of transporting soya bean meal from the inland production area to the Western and Eastern Cape, which makes up 29% of the market, with travel time that takes approximately twice as long as it takes to ship a ton of soya bean meal from Argentina to South Africa.

We could expect to become nett exporters of soya beans in the not-too-distant future, in which case the lack of export facilities will need to be addressed. Infrastructure and capability at South African ports have not received the upgrading and investments required, and some of our port facilities (container terminals) are ranked among the worst in the world. In order to increase growth and exports, urgent investment in South African ports is required.

The first intentions to plant, as released by the Crop Estimates Committee on 27 October this year, showed very encouraging signs for new-season oilseeds, with soya beans at 924 800ha (almost reaching the magic one million mark). This is an increase of almost 12% from the previous season. Sunflower seeds disappointed last year, but at 555 800ha (16% growth), we see positive signs likely encouraged by high prices and lower input costs.

In the Western Cape, the 35% growth in canola hectares between the 2020 and 2021 season, which resulted in a record 190 000-ton crop, has also been very positive, with signs of increasing demand leaving possibilities for even further growth in future.

We are confident that as we learn and come to gain a better understanding of our opportunities and challenges, Covid-19 will become more of a manageable part of our lives going forward. 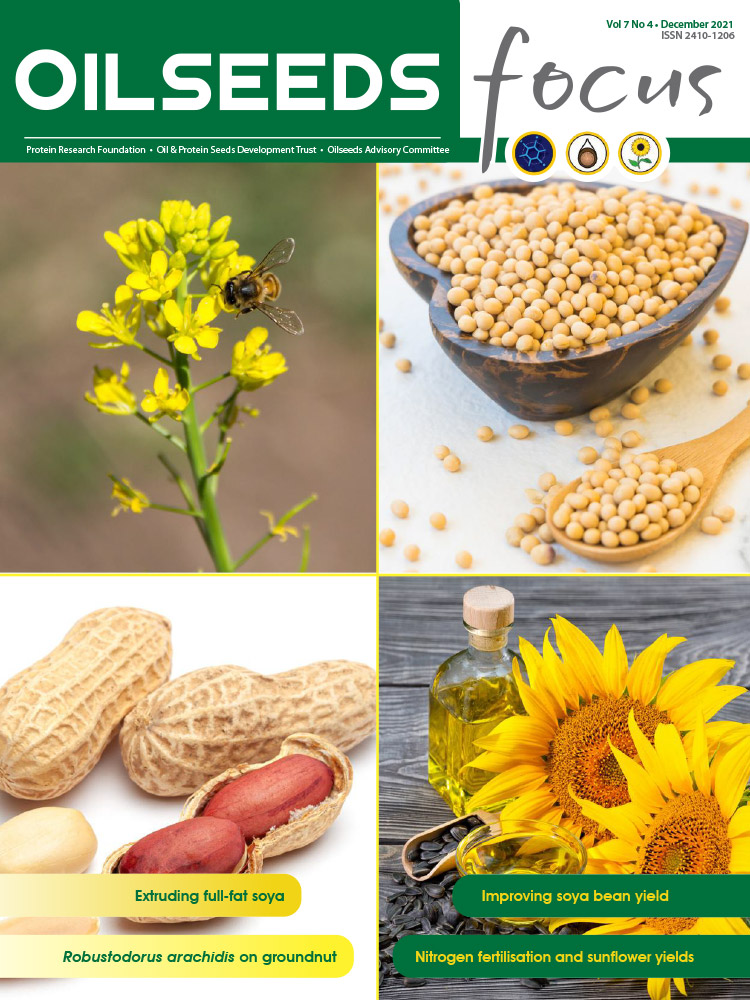