The world population reached 7,7 billion in 2019. It took 200 000 years of human history for the world population to reach 1 billion and only 200 years more to reach 7 billion. Extended periods of inadequate rainfall are one of the main constraints affecting food security and the survival of more than 25% of people on the planet affected by drought.

Temperatures are rising and rainfall is decreasing in certain areas of the globe. Semi-arid regions appear to be the worst affected and in general, drought is becoming an increasingly common occurrence.

Sustainable use of resources

The rational and sustainable use of soil and water remains one of the only ways in which to mitigate the negative effects of drought while remaining productive and sustainable. It is expected that, within the next ten years, cities in semi-arid regions with large populations will find it challenging to supply water for human consumption. The occurrence of days with above-average temperatures is becoming more frequent. This in turn results in high evaporation levels that tend to exacerbate drought.

In addition to weather changes as a result of natural events, human activity is linked to changes in the atmospheric composition.

Producing crops on areas more prone to drought is becoming a major challenge. Production systems that use appropriate technologies need to be developed in order to overcome limitations. Access to credit and assistance to bridge the gap during years of crop failure are essential to the future of production in these areas. Strategies to cope with drought need to be preventative and must introduce interventions to make production systems more robust and resilient.

Changes in agricultural systems to cope with drought have been the most successful. New-generation biotechnology to provide drought-tolerant crops for commercial use has made exceptional progress, and we look forward to having this technology at our disposal in South Africa soon.

We are positive that the season will be kind to us despite the late rain, bringing normal rainfall when required to all crop producers in South Africa.

Enjoy this edition of Oilseeds Focus. We hope you will find great use and relevance in its content. 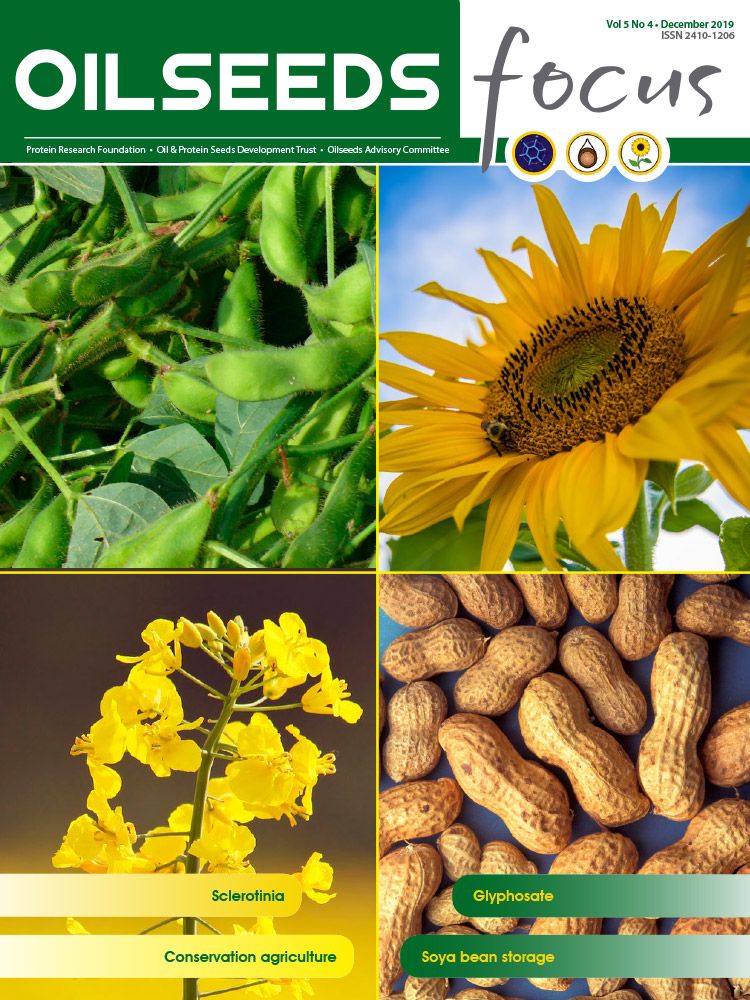