Oilseeds and the future of South Africa's food security

The contribution of agriculture to the economy remains critical, despite its low contribution in percentage to the gross domestic product. The entire value chain needs to be considered – not only individual industries.

In order to guard the full supply chain, the old farm-to-fork principle is even more relevant now than it has ever been. Each industry needs to keep increasing its efficiencies each year in a bid to remain globally competitive and survive. Not only do we have to keep import and export parities in mind, but in the case of crops, industries must generate an income for producers that is competitive with alternative crops to avoid a shift in production.

The South African government's master plan for agriculture is a commendable initiative, especially in terms of boosting the poultry industry, which will in turn assist up- and downstream industries, including the oilseeds industry. And as we are all aware, employment in South Africa is in dire need of resuscitation.

South Africa produces just over two million tons of wheat, while the country imported 2,2 million tons mainly from Russia and Poland last year. Import value is estimated to be over R8 billion, illustrating the importance of local production.

Critical raw material to produce over 2,4 billion breads per annum and 3,5 million tons of wheat products is an integral part of the primary food chain. Meanwhile, the production of soya bean has been a great success story, increasing in production from just over 500 000 tons in 2010 to an approximate record 2 million ton crop in 2020, which is worth an estimated R15 billion.

The future of South Africa is dependent on food security and the role the oilseeds industry can play, is critical throughout the value chain. 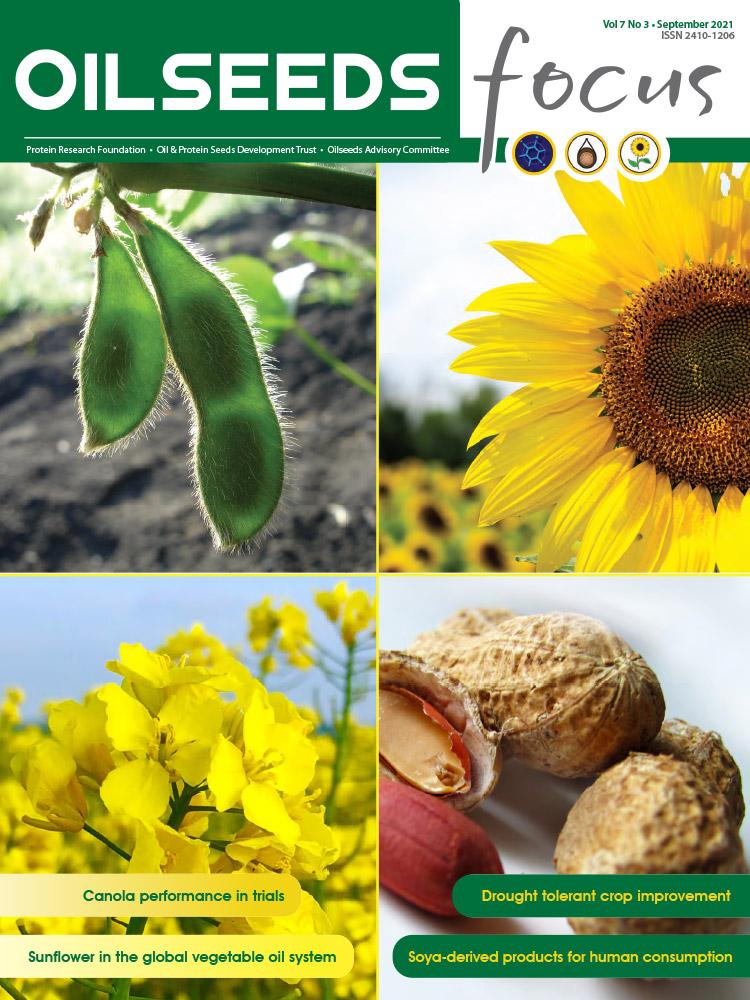