The ebb and flow of international trade trends

Global trade volumes of grains and oilseeds expanded by 120 million tons, with a compound annual growth rate of 3,5%. This growth, however, falls below the previous five-year period average of 6% or 160 million tons. Oilseeds complex prices have seen a decline, while grain prices increased.

A 17% increase in trade flow volume was seen. China's low maize stocks will continue to influence the market due to robust demand. On the African front, the continent is expected to play an important role in becoming a key grain and oilseeds importer in the long term, driven mainly by population and income growth.

Global government policies are becoming more important, with a shift to sustainable production receiving high priority. The growing move to protectionism, however, could undermine the benefits of international trade.

Demand from China will be a main driver of growth, while a shift in supply is likely to occur away from the United States (US) and Argentina to Brazil, due to the positive farm margins and availability of land. Soya bean production in Brazil is expected to increase to 155 million tons by 2030, according to a report by Rabobank.

The Black Sea region will play a more prominent role in supply and is expected to be the third largest player, following Brazil and the US. This region is strategically located, has strong price competitiveness, with excellent soil quality and growth potential in terms of yields.

Global government policies are becoming more important, with a shift towards sustainable production receiving high priority. The growing move to protectionism, however, could undermine the benefits of international trade.

Increased demand in Asia and Africa, along with rising exports from the Americas and the Black Sea region, are anticipated to buoy global grains and oilseeds trade growth.

The requirement for animal feed is expected to continue to grow in South Africa, with an anticipated increase of 21% by 2029, up to 14,55 million tons. Oilcake demand is also expected to increase from 1,9 to 2,3 million tons per annum.

Enjoy this issue of Oilseeds Focus. 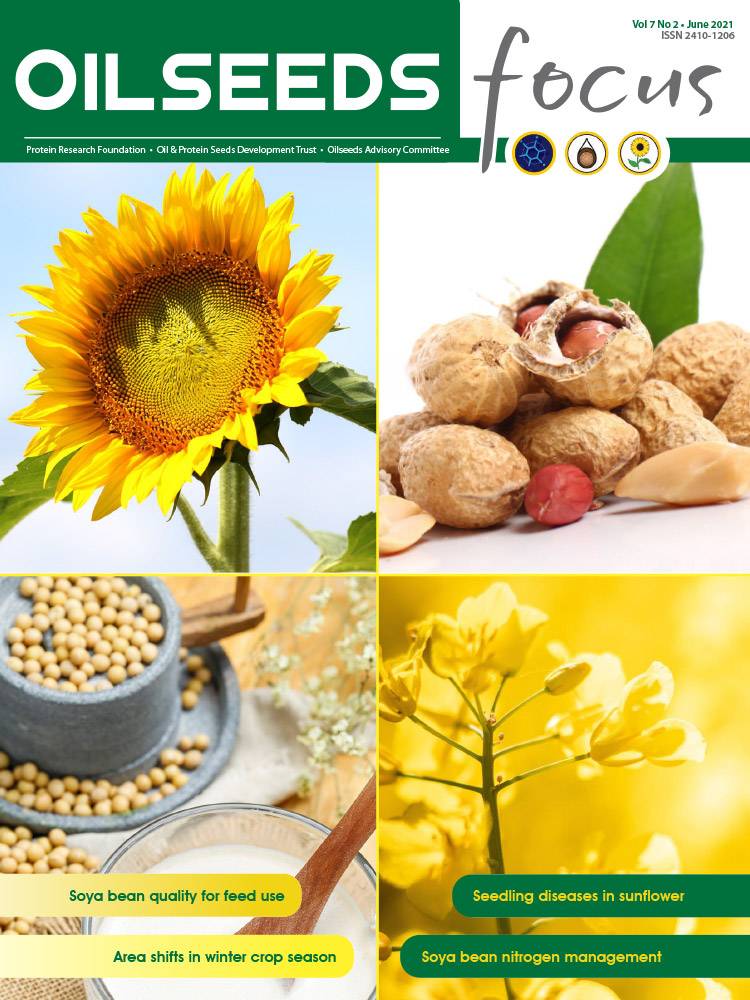