The long-term strategy of the oilseeds industry

Significant progress has been made toward achieving the long-term goals of the oilseeds industry, which, among others, should be selfsufficiency, sustainability and global competitive­ness. It is imperative that each individual oilseed value chain continuously reconsiders its short- and long-term objectives in order to measure the progress that has been made.

We have had mixed success in the growth of oilseed production, with soya taking the lead at 283% growth over the last decade, followed by canola at 253%, sunflower remaining relatively stagnant at 1% and groundnut production showing a reduction of 25%.

The crush capacity investment has been a breakthrough for the oilseeds industry and it should be sufficient until 2025. Only then will we begin to have concerns over crushing capacity. The quality of oilseeds meals being produced in South Africa has also improved significantly, and will continue to do so in order to remain globally competitive.

Maintaining growth in the oilseeds industry will demand not only hard work, but innovation, technology application and negotiating the environmental challenges such as drought. We look forward to this challenge and trust that all the industry role-players will keep up the great work that has been done thus far.

During a recent editorial committee meeting, the management of Oilseeds Focus decided to change the frequency of the magazine in 2016, so that we will henceforth have editions in March, July, September and December. Previously we published in January, April, August and November, but these months proved to be problematic in terms of not only market news and trends, but also from an advertiser's viewpoint.

We believe that the new frequency will meet everyone's approval and allow our advertisers to showcase their products during months that support their product promotions.

We once again wish to extend our invitation to industry role-players to submit articles for publication in Oilseeds Focus. This is your publication and we look forward to publishing your research and technical articles.

The year 2015 ended on a difficult note, but we however remain positive people by nature. We trust that influencing factors such as drought and a poor economy will be alleviated and that all producers and role-players in the value chain, will be able to continue to prosper in our agricultural sector. A successful 2016 is wished upon every role-player in the oilseeds industry. 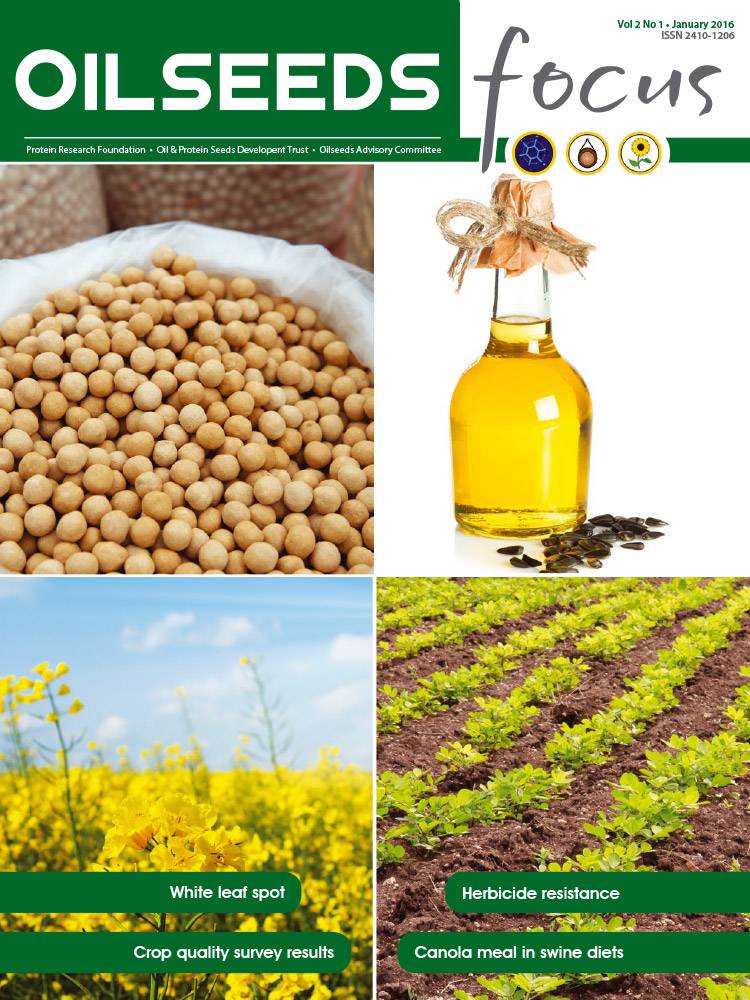 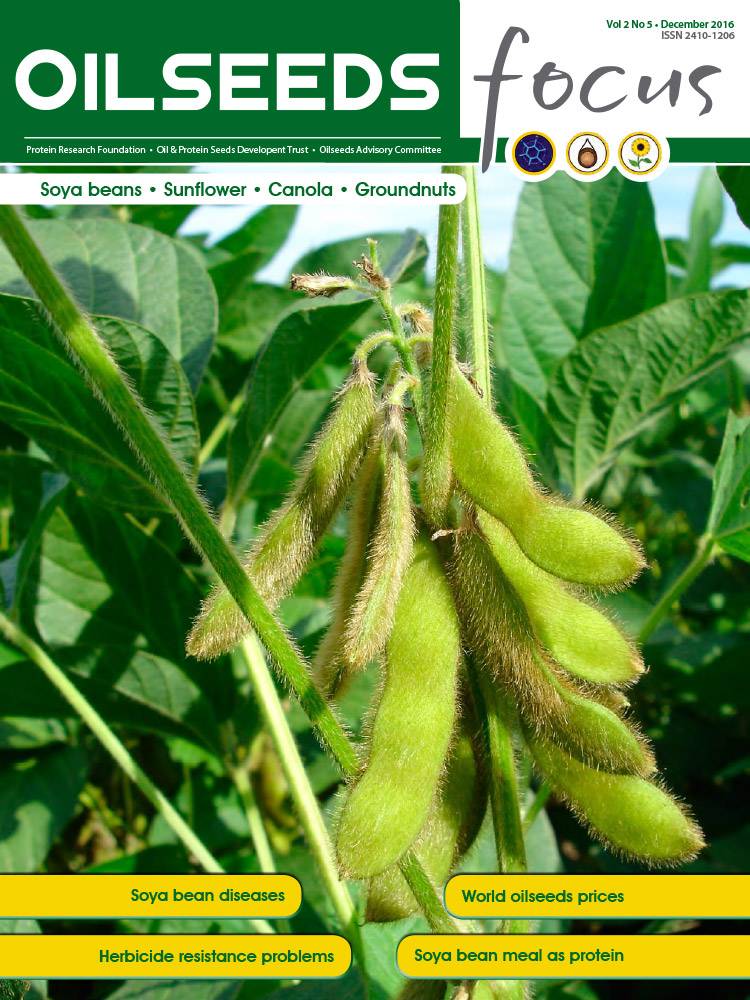 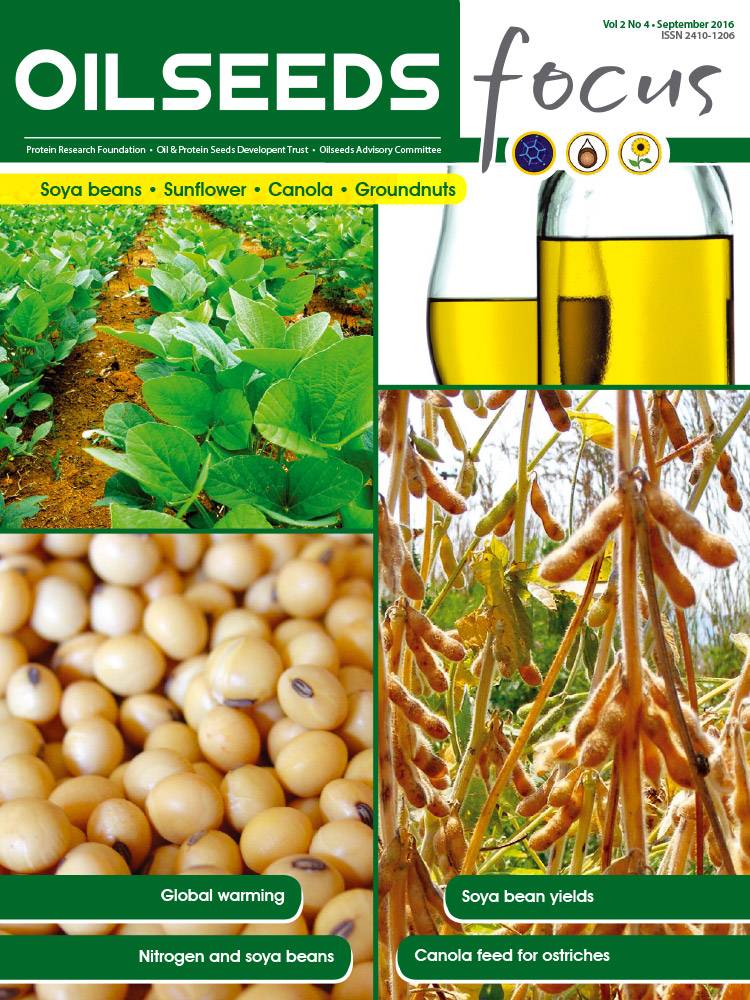 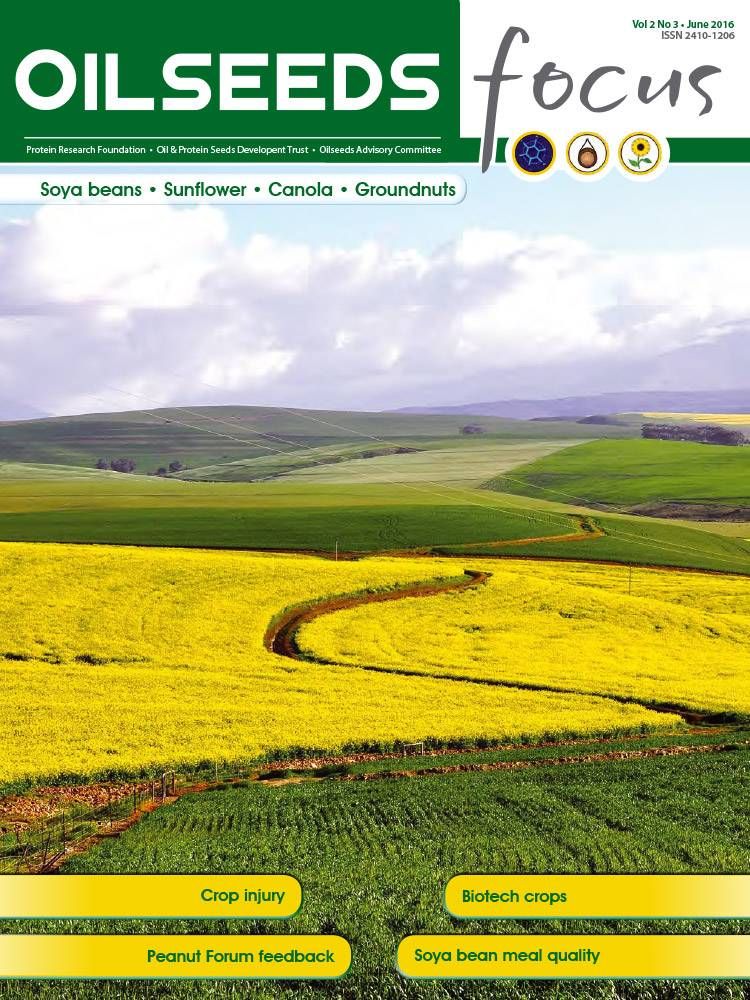